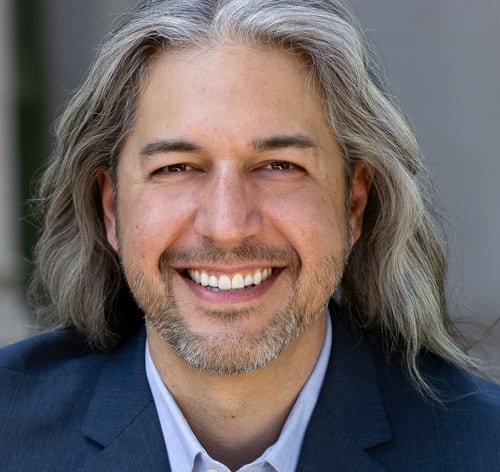 Chad Mallam is an internationally recognized television executive with 20+ years of top-tier experience in Hollywood’s biggest studios. As a creative leader at ABC, NBC and CBS affiliates, Chad’s innovations in consumer connection have received some of the industry’s highest honors.

While working on LOST, Chad developed the groundbreaking web series ‘LOST Untangled,’ generating over 100 million views and $500,000 in sponsorships. With a Henson puppet and storage locker on the Prospect Studio Lot, our small team single-handedly wrote, produced, directed and edited the weekly series which quickly became the most successful short form content in ABC’s history.

As Vice President of OnAir and Design at GSN, Chad continued breaking industry records with The American Bible Challenge, the most successful marketing campaign in 30 years (done without any show footage). With double digit growth across all demos and 20 million new viewers, Chad grew the Game Show Network into a marketing powerhouse, making 2013 the Most Watched Year and 2014 the Most Watched Year Ever with prime-time ratings at 10 year highs.

From shiny floor game shows to the world’s biggest stage, Chad spearheaded the marketing effort for America’s Got Talent for 5 years, achieving the highest ratings in the show’s history. Averaging over 16 Million viewers / episode with 15-20% growth in ratings each season. When AGT wasn’t in production, he worked with NBC’s in-house agency to produce on air / online creative for This is US, The Wall, Chicago PD/MD/FIRE along with upfront presentations, new launches and cross network premieres.

Space Channel is the world's premier global news and entertainment media platform dedicated to space. Connecting the stories that will inform the future of commerce, policy, entertainment and community in low Earth Orbit and beyond, Space Channel is available in millions of households worldwide and explores every aspect of the genre with news, movies, exclusive events and live coverage of the global space industry. You can watch Space Channel’s live programming via Connected (Smart) TV applications, mobile devices and online at www.spacechannel.com/tv

Lead on air producer for America’s Got Talent (Season 10-15, plus AGT Champions 1 and 2 and Holiday specials from 2015-2020). Got Talent ratings saw a steady increase every season, with some metrics over 20% and Live+7 up 10% in every demo. Created the launch campaign for NBC’s, The Wall - A new kind of game show that rewards good people, for doing good things. Premiering with record numbers, The Wall was immediately renewed for a second season and continued to dominate the time period, becoming a staple in the NBC Prime Time Lineup.

Write, produce, and edit on-air and radio promotion, both episodic and sweeps projects, as well as sales presentations. Management of outside media; print, radio, cable, online video, and all other non-broadcast deliverables.

Management and scheduling of all on-air promotion inventory, website administration, daily promotion production, and direct assistant to the Creative Director.

Your cart is currently empty.

This is only visible to you because you are logged in and are authorized to manage this website. This message is not visible to other website visitors.

This means you can use the camera on your phone or tablet and superimpose any piece of art onto a wall inside of your home or business.

To use this feature, Just look for the "Live Preview AR" button when viewing any piece of art on this website!

Below, select which favorite lists you would like to save this product into.

This means you can use the camera on your phone or tablet and superimpose any piece of art onto a wall inside of your home or business.

To use this feature, Just look for the "Live Preview AR" button when viewing any piece of art on this website!